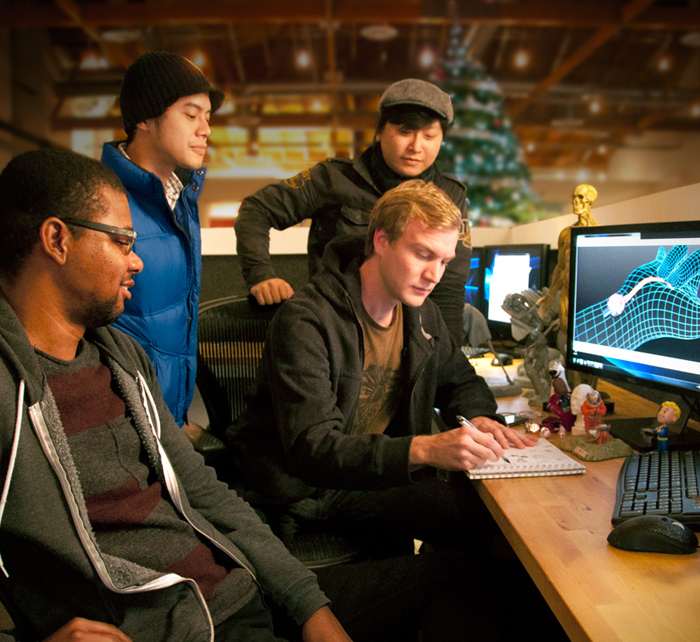 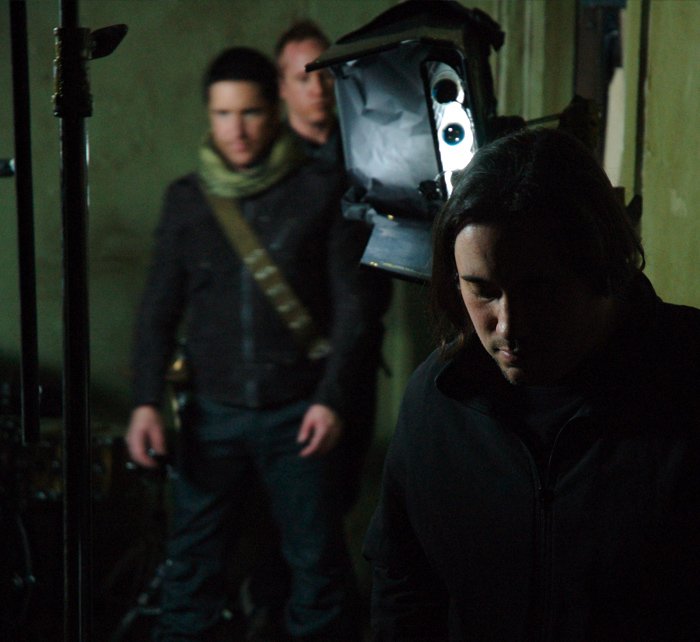 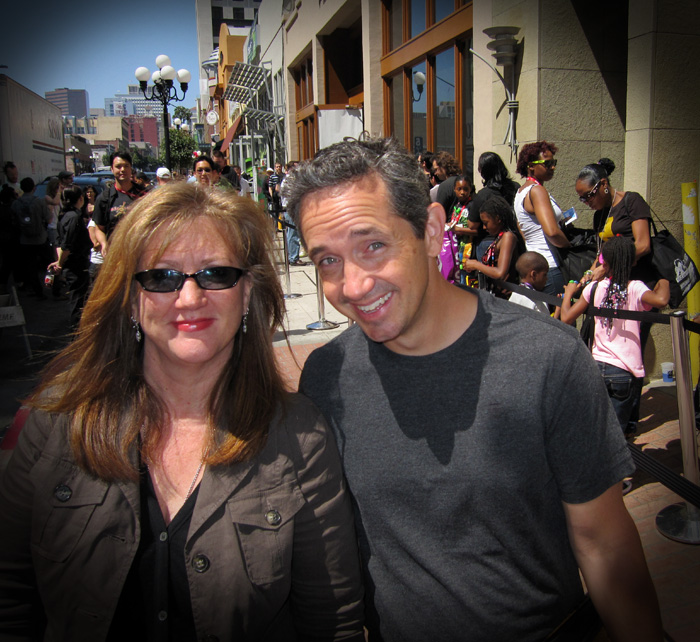 Standing out in front of Flynn's Arcade where the line was non-stop for all 4 days of San Diego Comic Con.
From left to right: SUSAN BONDS - Chief Executive Officer, MICHAEL BORYS - VP Interaction Design 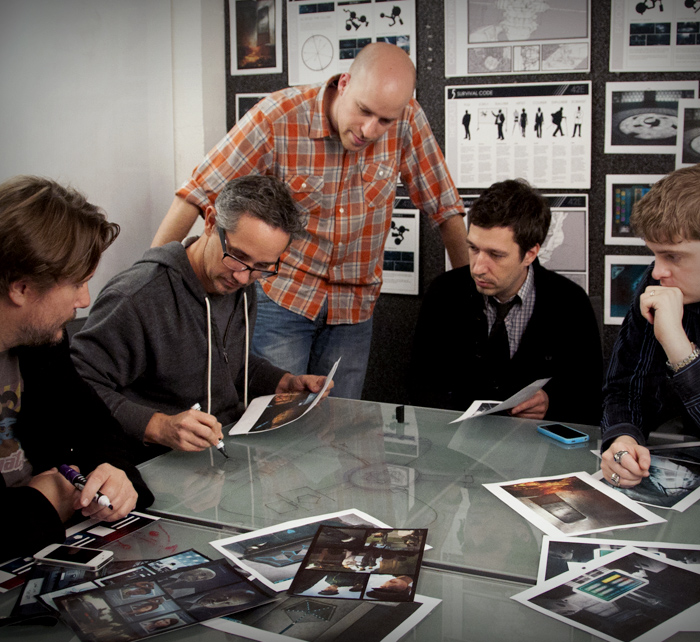 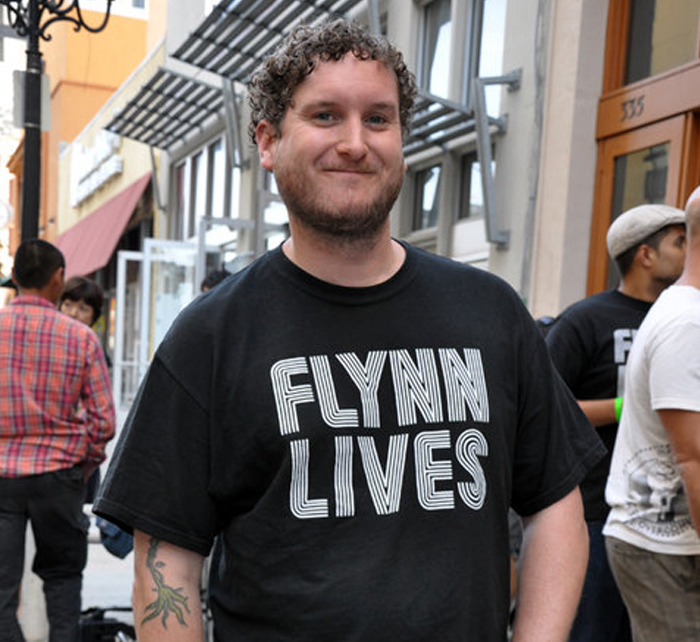 Outside Flynn's Arcade (year two) where fans got to walk behind the Tron machine and get rezzed onto the grid.
KEVIN PERRY - Lead Writer 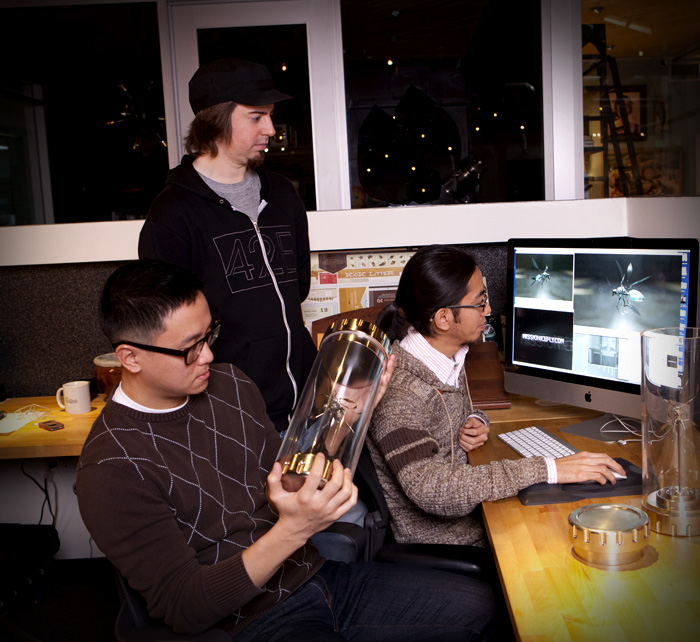 Engineering the icefly, which lived in commercials, on printed materials, in an online game
and even in the real world for players to find in a nationwide scavenger hunt.
From left to right: HYUN KIM - Software Developer, JAMES HAGERMAN - Software Developer,
CHRISTIAN PINEDO - Visual Effects Artist/Animation 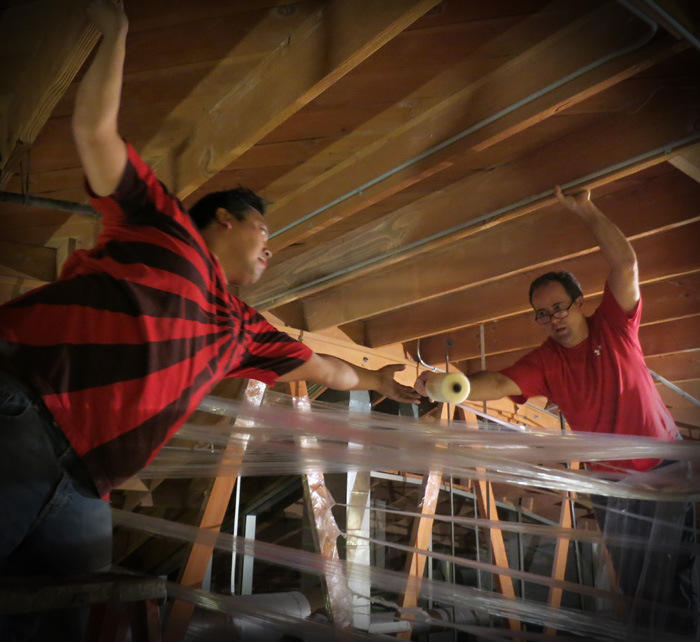 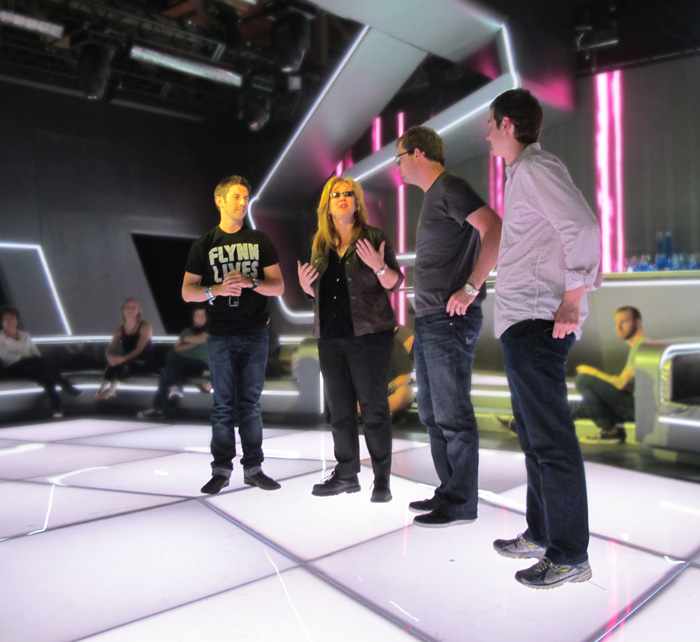 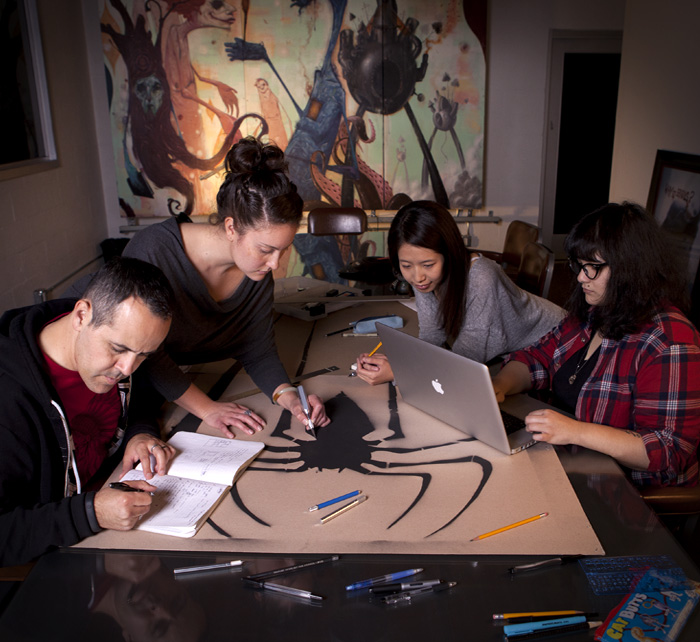 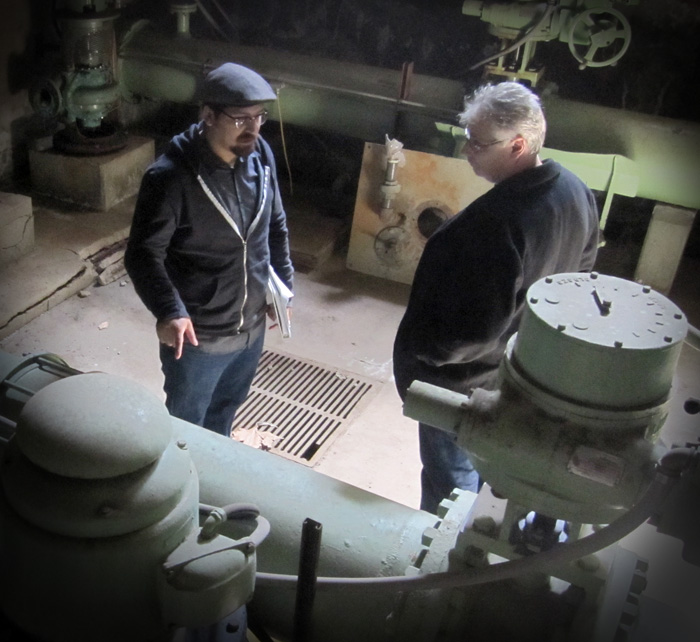 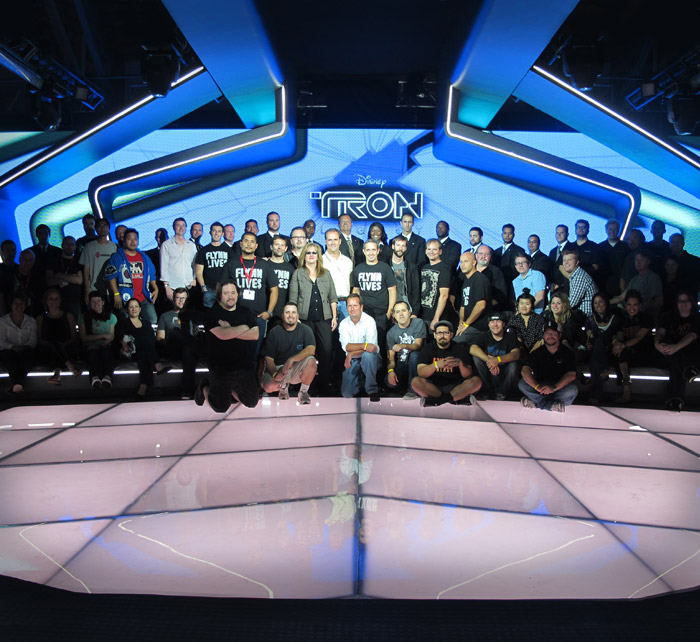 The incredible team that brought the Flynn Lives experience to life from Flynn's Arcade through End of Line Club and won a Themed Entertainment (THEA) Award for their efforts. 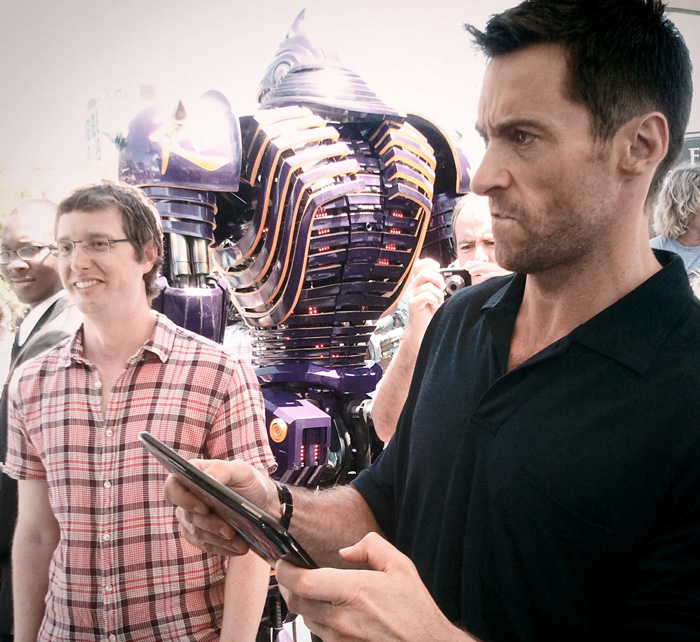 Noisy Boy watches as the star of Real Steel takes on World Robot Boxing in a game we created for the film release.
From left to right: JUSTIN PERTSCHUK - President 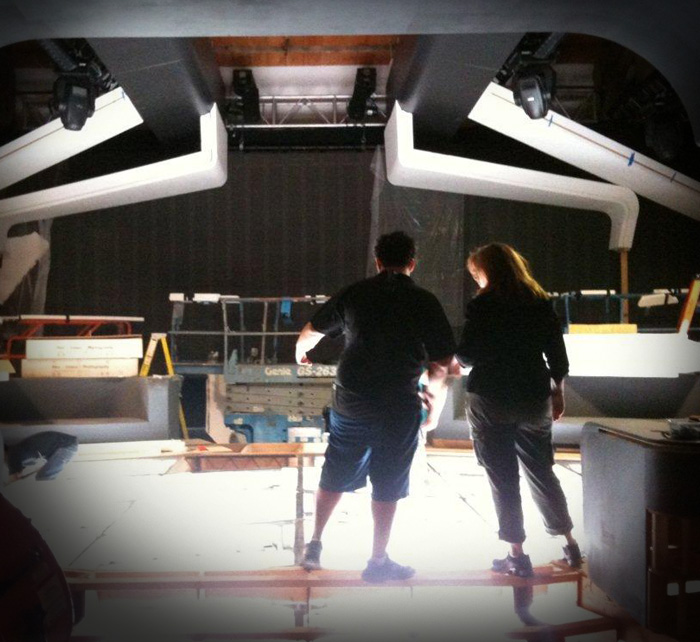 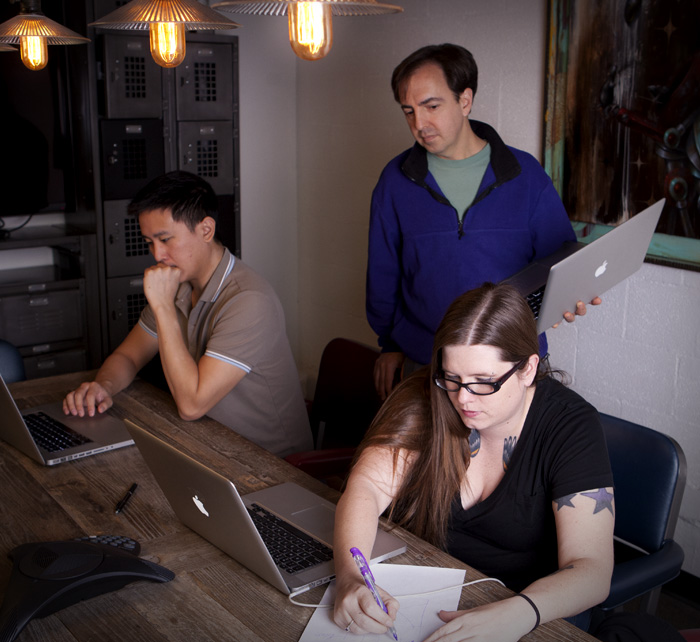